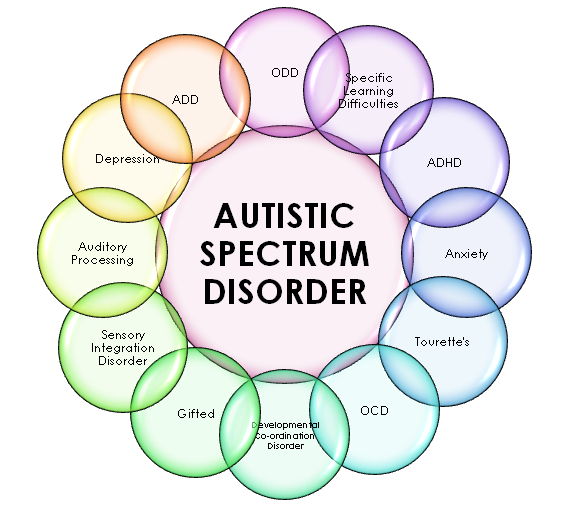 Autism spectrum disorder (ASD) is a complex developmental disability; signs typically appear during early childhood and affect a person’s ability to communicate, and interact with others. ASD is defined by a certain set of behaviors and is a “spectrum condition” that affects individuals differently and to varying degrees. There is no known single cause of autism, but increased awareness and early diagnosis/intervention and access to appropriate services/supports lead to significantly improved outcomes. Some of the behaviors associated with autism include delayed learning of language; difficulty making eye contact or holding a conversation; difficulty with executive functioning, which relates to reasoning and planning; narrow, intense interests; poor motor skills’ and sensory sensitivities. Again, a person on the spectrum might follow many of these behaviors or just a few, or many others besides. The diagnosis of autism spectrum disorder is applied based on analysis of all behaviors and their severity.

In 2016, the Centers for Disease Control and Prevention issued their ADDM autism prevalence report. The report concluded that the prevalence of autism had risen to 1 in every 68 births in the United States – nearly twice as great as the 2004 rate of 1 in 125 – and almost 1 in 54 boys. The spotlight shining on autism as a result has opened opportunities for the nation to consider how to serve families facing a lifetime of supports for their children.

The key is early prevention. If you notice something is very different about your child take them to a physician right away and start talking about it. Early treatment can make a huge difference!

Ask a doctor if ABA therapy would be right for your child.